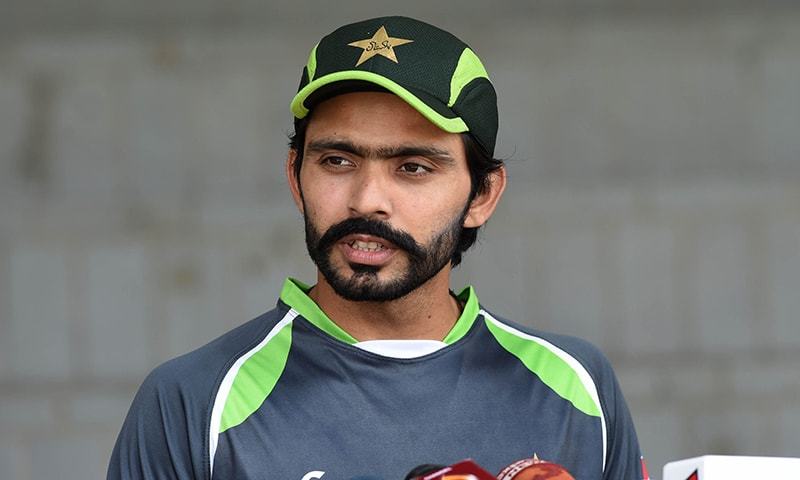 Pakistani cricketer Fawad Alam talks with media representatives during a training camp for the upcoming Bangladesh cricket tour at the Gaddafi Stadium in Lahore on April 8 2015. —AFP

LAHORE: Pakistan`s underrated middle-order batsman Fawad Alam said he was undeterred after being dropped from the World Cup squad and vowed to make an impressive comeback in the series against Bangladesh.

Pakistan will play three One-day Internationals, a lone Twenty20 international and two Tests on their month-long tour of Bangladesh starting from April 17.

In a news conference at the Gaddafi Stadium here on Wednesday where Pakistan`s ODI team is training for the upcoming series, Fawad said he’d been training during his time on the sidelines and also took a jibe at his critics by saying he could “hit sixes too for the team if required”.

“I have been focusing hard on my fitness after I was left out of the team for the World Cup and I am in a good shape for the upcoming series,” he told reporters.

With Misbah-ul-Haq for long Pakistan`s batting mainstay having retired from ODIs following the World Cup, Fawad will take up a crucial role in Pakistan`s middle order as he looks to fill up the void left by the former Pakistan captain.

`Apart from sixes and fours, singles and doubles also play a major role in building an innings,` Fawad said. `My primary job is to build the innings and that`s what I would be doing in the upcoming series.

Fawad has an uncanny knack for scoring quickly with singles and doubles but there are critics who think he doesn`t possess the ability to use the long handle.`I can hit sixes too when the team requires,` he said.

Misbah was often castigated by experts for his slow batting which infamously led him to be given the moniker of `tuk-tuk` but he showed his class leading up to and during the World Cup where he played some crucial knocks to lead Pakistan to the quarter-finals. 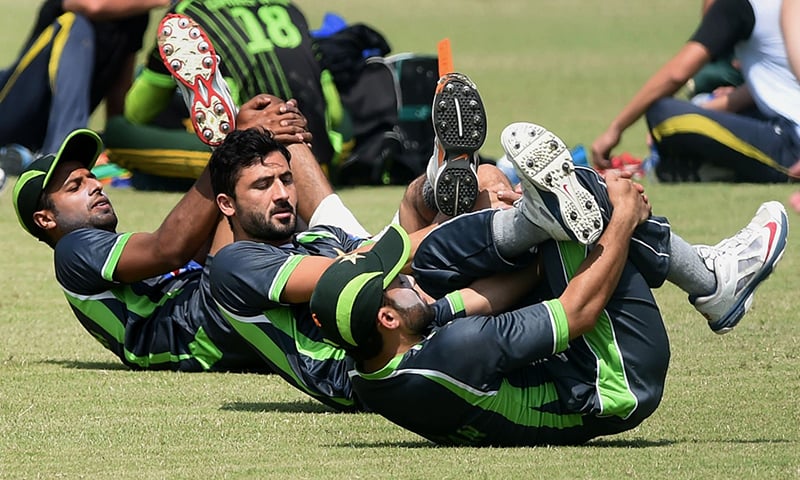 Pakistani cricketers exercise during a training camp for the upcoming Bangladesh cricket tour at the Gaddafi Stadium in Lahore on April 8, 2015. Saeed Ajmal, 37, and Hafeez have both been included in the Pakistan squad for all three formats to be played in Bangladesh, starting with the first of three one-day internationals on April 17. —AFP

With veteran batsman Younis Khan having been left out of the Pakistan squad, Fawad admitted the new boys in the side had a tough job on their hands.

`Both Younis and Misbah were like a wall for the team as they provided stability in the batting order,` he said. `But their absence presents us, the new generation of batsmen, to make a name for ourselves.

Since his international debut in 2007, Fawad has played 35 ODIs, averaging 45.14 with the bat having scored a ton along with six half-centuries.

He is one of five players who are coming back into the squad after the World Cup along with fellow batsmen Asad Shafiq and Azhar Ali, all-rounder Mohammad Hafeez and off-spinner Saeed Ajmal.

`It is like the whole team will make a comeback in the Bangladesh series and this is a prime opportunity us to perform,` he said.

While commenting on Pakistan`s opening options he added:`It is difficult to open with a middle-order batsman so we would be going with proper openers.

Fawad said he and his other team-mates were fully behindAzhar who was named Pakistan`s ODI captain following Misbah`s departure.

`We will extend our full support to Azhar,` he said. `No captain can win the series if the players don`t perform well.

`Bangladesh is not an easy prey any more, they performed really well throughout the World Cup. We will try to perform as good as we can.
The Newspaper’s Sports Reporter