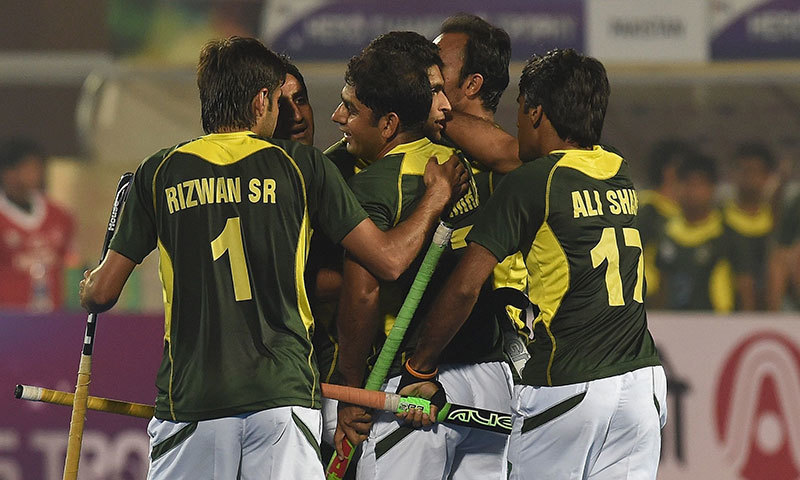 Hockey is the only sporting event which Pakistan can qualify for at the Games and speaking to reporters at the end of the Olympic Council of Asia (OCA) Administration Course, which concluded here on Sunday, Arif said the PHF needed to work hard to revive Pakistan’s former glory.

“At this stage, the hockey team should have been in a strong position not only to meet the challenges of the Olympic qualifiers but also to win a medal at the Games,” he said, referring to the qualifiers in Belgium next month. “Hockey is our national game and the stakeholders should come forward to help the team restore its past glories.”

Arif, meanwhile, said he wasn’t in a hurry to regain the POA House, which is currently under the control of a parallel group headed by Akram Sahi. Although the government had allowed Arif to take the charge of the POA House, a case filed by Sahi’s group in Supreme Court is hindering him in taking control.

“We expect them to hand over the occupation of the POA house by themselves in a good gesture,” Arif said. “We’ve won 90 per cent of our battle against them and it won’t long before the matter is solved amicably.”

Meanwhile, Punjab Olympic Association secretary Khawaja Idrees said as the genuine group, Arif’s POA could get back the Olympic House but the POA chief wasn’t willing to create an untoward situation as sports has been “ruined due to the infighting between two groups”.

Idrees, who is president of the POA-affiliated Pakistan Cycling Federation (PCF), is himself involved in a power struggle against Munawar Baseer whose parallel body is recognised by the world governing body, Union Cycliste Internationale (UCI).

“The government should recall Munawar through Interpol as he was involved in biggest scam of rental power projects,” Idrees said.

He also accused the secretary of his rival group, Azhar Ali Shah, of selling foreign-made cycles, which he had gifted to Khyber Pakhtunkhwa when both he and Munawar were jointly-running the PCF.

Principally, both Rashid and Rizwan Senior should have joined the training camp in that national duty comes first but the PHF, Dawn has learnt, is no more in a position to properly take care of players due to severe financial problems. — AP/file

Exasperating criticism of players to take youth away from sports, fears Imran