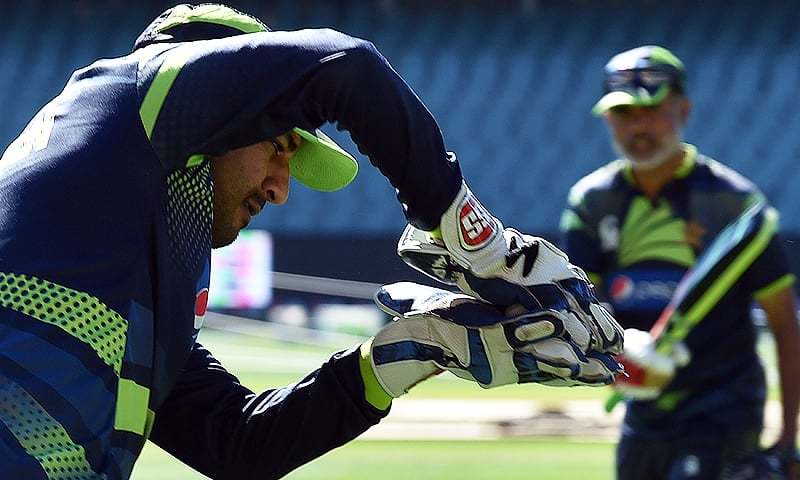 “It is a good sign that the management has included a second keeper as it would promote healthy competition in the side.” — AFP

Pakistan’s newly-appointed ODI vice-captain Sarfraz Ahmed said he would keep his feet firmly on the ground after being elevated into a position of leadership with only 39 limited-over games under his belt.

The Karachi-born wicketkeeper said the presence of a second gloveman in the national team would help him in not getting too complacent about his spot in the side.

“First of all, I would like to thank the Pakistan Cricket Board for bestowing this honour upon me. I will try to live up to its expectations as we enter a new era,” Sarfraz said in a press outside the Gaddafi Stadium on day three of Pakistan’s training camp for its upcoming series against Bangladesh.

The 27-year-old Sarfraz, whose popularity among Pakistan fans reached a peak during the 2015 World Cup, said the opportunity was ripe for the new generation of cricketers to make a name for themselves and remained unperturbed by the inclusion of Peshawar-born wicketkeeper Mohammad Rizwan in the ODI and T20 sides.

“I think his [Rizwan’s] presence in the squad would keep me on my toes. It is a good sign that management has included a second keeper as it would promote healthy competition in the side.”

When asked whether he would prefer to play solely as an opening batsman in the side with Rizwan in the squad, Sarfraz said he would gladly fulfill any role the team management gives him.

He added that the void left by former captain Misbah-ul-Haq would be hard to fill as the national team looks to start a new era under Azhar Ali but remained confident that the new skipper had the goods.

“We will be without the services of Misbah-ul-Haq, who has been like a backbone for our team. But I’m confident players like Azhar Ali, Fawad Alam and Asad Shafiq would step up.”

Sarfraz also said Bangladesh will be not be taken lightly in the upcoming series.

“Bangladesh has been performing well,” he said of the opponents who shocked the higher-ranked England to reach the quarter-final of the World Cup where they lost to India.

“They always play well at home so we will not take them lightly and give our best performance.”

Pakistan will fly out on April 13 and play the first of three one-dayers in Dhaka on April 17. They also face Bangladesh in a Twenty20 and two Tests. Sports Desk