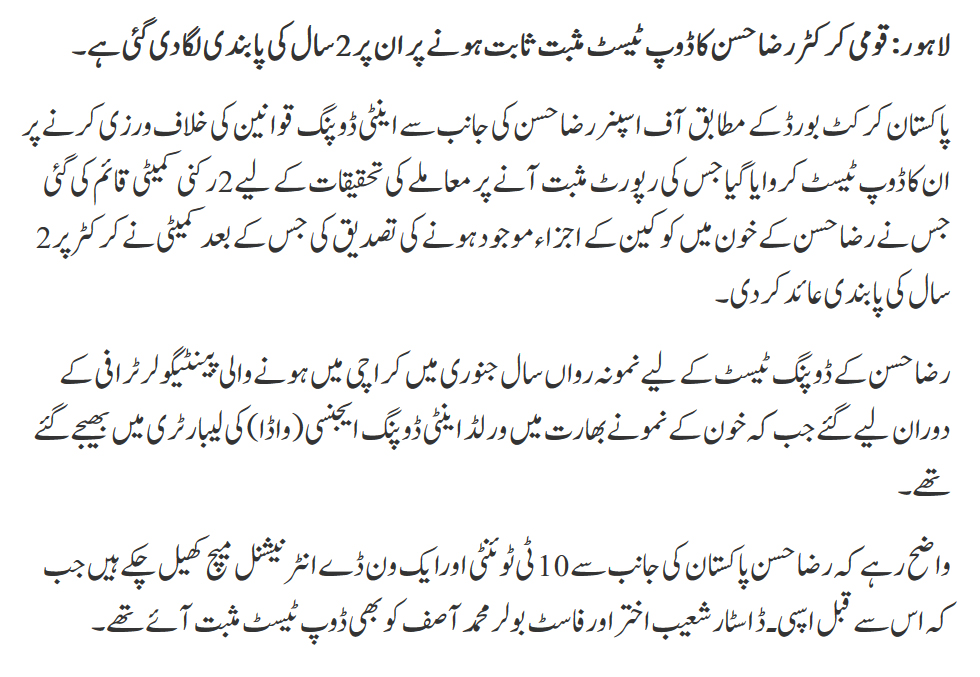 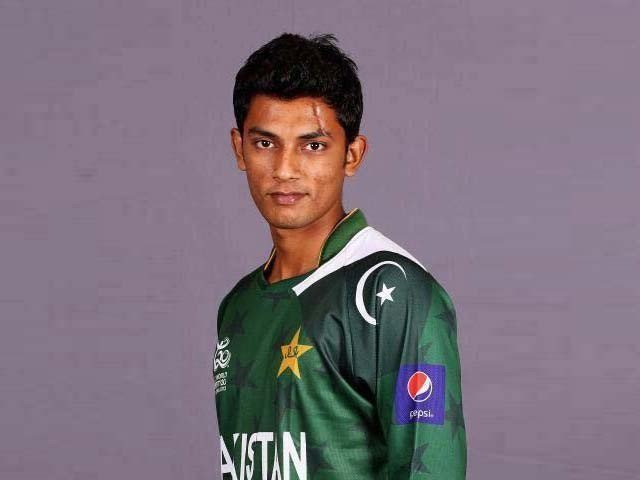 The PCB said in a statement that the ban was imposed after Raza Hasan failed to file an appeal within 14 days after being issued a show-cause notice by the Board.

Karachi: The Pakistan Cricket Board on Monday imposed a two-year ban on left-arm spinner Raza Hasan for failing a doping test earlier this year.

The PCB said in a statement that the ban was imposed after Hasan failed to file an appeal within 14 days after being issued a show-cause notice by the Board.

The Board said so it had imposed the ban in accordance with its anti-doping rules .

“During this period he will not be entitled to participate in any capacity of cricket match or activity other than authorised anti-doping or rehabilitation programs,” the statement said.

Hasan, 22, who has appeared in 10 T20 internationals and an ODI for Pakistan failed a random doping test taking during the Pentangular One-Day cup in Karachi in January this year and tests later revealed that he had used cocaine.

This is not the first time a Pakistani player has failed a dope test. In the past fast bowlers Shoaib Akhtar and Mohammad Asif were also been banned for using performance enhancing substances. news by NDTV