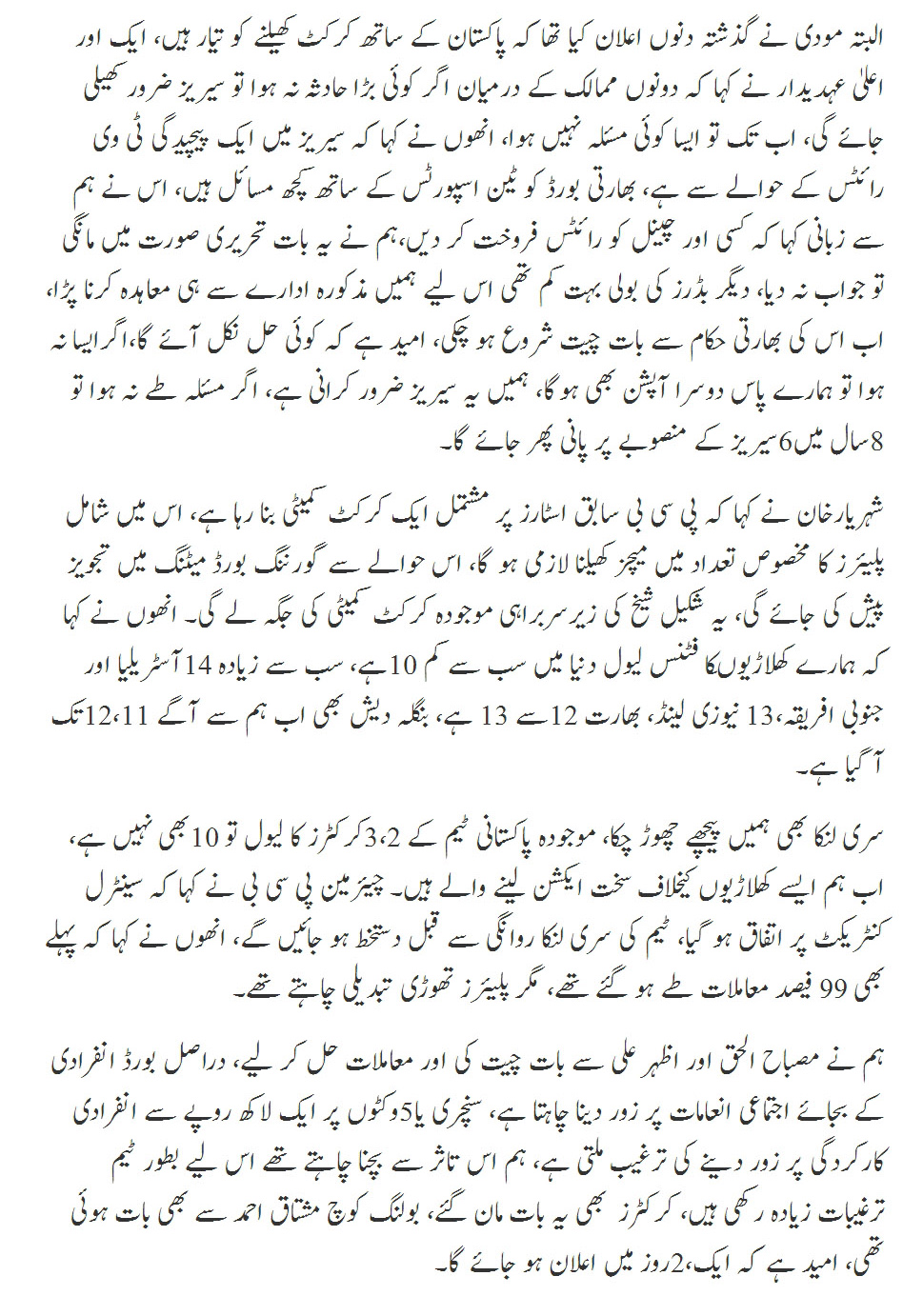 KARACHI – Pakistan Cricket Board (PCB) Chairman Shehreyar Khan said on Friday that PCB intends to schedule a home series with Sri Lanka and Bangladesh. He said that an alternate plan to the Indian series has been planned as well in case India decides to cancel its commitments.

Talking to media, Shehreyar Khan said that Zimbabwe’s tour to Pakistan was greatly beneficial adding that the visiting team went to home satisfied with the tour.

Promising to build a new cricket academy in the metropolitan city, Shehreyar Khan said that Karachi would feature in fixtures when international teams come to the country in future.

Answering a question, Shehreyar Khan said that if the series with India does not materialize due to any pretext from India side then a ‘plan B’ is set in place which would be implemented if need be.